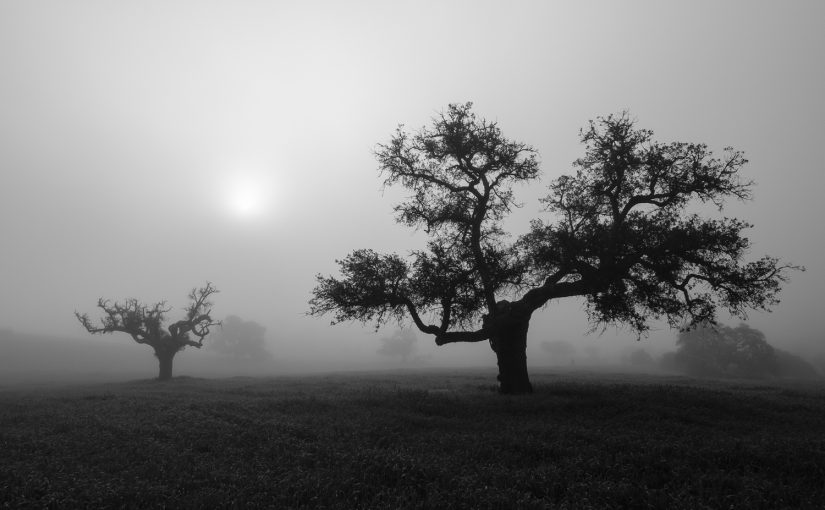 I recently added the little Fujinon XF 16mm f/2.8 R WR lens to my photo kit, to be used for landscapes and travel. This lens offers a lot of quality (both optical and build), and it barely gets noticed when mounted on a camera. This is great for trekking and hiking. I have just returned from a weekend on the Alentejo coast, my usual “get away” place, where I had the chance to use the lens on a couple of walking trails: one along the coast near Cabo Sardão, and the other in the interior, between Santa Clara a Velha and Sabóia. For both trails, I mounted the lens on the Fujifilm XT-3 camera and was good to go.

This wide-angle lens is part of the Fujinon set of lenses that are small and have a tapered design, in many ways like lenses available for rangefinder systems. Other lenses from Fujifilm similar to this are for example the 23mm f/2, 35mm f/2, and 50mm f/2. For those that prefer to use prime lenses, these make a very nice set. Fujifilm also make a 16mm f/1.4 lens, which is very good, but it also more expensive, larger, and heavier. If you don’t need the extra stops of light, the small 16mm f/2.8 makes a lot of sense.

My first serious session with the lens was along the trail between Cabo Sardão and Zambujeira do Mar. This part of the coast is beautiful, especially in the late afternoon and during sunset, when the light turns the cliffs a golden hue. I also had my tripod, so I made a few long exposures along the way. Just before sunset, the clouds turned into wispy swirls in the sky, adding a lot of interest to the photos.

The next morning, I went with my wife to walk a 13km trail between the villages of Santa Clara a Velha and Sabóia, in the interior of Odemira municipality. Last year we walked the same trail, but we liked it so much we wanted to repeat it. It is really a nice contrast between the coast and the interior regions; the latter are characterized by gently rolling hills, with several farms, where cattle and agriculture are the main economical contributors to a sustainable income. I was pleasantly surprised to see that there was a lot of fog, which can make for an interesting change in the landscape. I knew of a particular farm that has several cork oak trees that would be interesting subjects in the fog. I wrote about this place here:

So, when I arrived there, I stopped the car, and proceeded to make a few shots of the trees surrounded by fog. After a few minutes of walking through the dew laden grass, my trousers and boots were completely wet, but the photos turned out quite well. When processing the Raw files, I decided to convert them to black and white using the Fujifilm Acros profile. I think that the black and white enhances the moody feel of the place in this particular morning.

From this place, we then drove to Santa Clara a Velha, and started the trail. Spring is arriving, with the fields filled with green grass and flowers. Seems like it is going to be a good year for the local farmers. Near Sabóia, the landscape was dominated by the green of the land, and the blue of the sky. A few wispy white clouds and yellow flowers completed the picture, and who can resist a cliché? I took a photo using a polarizer filter to enhance the vibrancy of the scene.

At the end of the day, after completing the walk, I was quite happy with the experience of using the new addition to my photo kit. The lens delivers very nice images, with plenty of contrast, the usual Fujifilm colours, all in a small and robust package. I am sure it will accompany me in many more occasions.