The Fujifilm X100 series of cameras has been a great success since it first came in the market a few years ago. With its retro design and controls, plus the classic 35mm field of view, it looks like a camera from many decades ago. It is no surprise that has won over the hearts of many photographers, including mine. I was a user of the original X100, and over time I have tried their successors for several shots. Given its small size and high capability, the X100 series is a favourite of mine when to comes to always having a camera with me. Or when I wish to travel light, just documenting daily life. I recently had the chance to try the latest incarnation, the X100F, for a weekend.

It also happened that during said weekend I was going to a favourite region of mine, Odemira. I had made plans to attend the celebrations of the 50th anniversary of the Santa Clara a Velha dam, near the village with the same name. There were several activities planned, and I also wanted to make a small trek in the area, scouting for locations to shoot starscapes in the coming Summer months. I did attend some of the celebratory events, but because the weekend was very hot, I ended up not trekking much. I shot a few frames of the celebrations, including the students of viola campaniça (a traditional local guitar) and Phillipe (a local Belgian painter) teaching how to paint. On the way back I stopped at the village of Santa Clara a Velha for a short stroll. The town’s church is famous for its typical blue and white colours of the Alentejo. Then I ended the day in the town of Odemira, shooting a 16 frame panorama from the top of a hill.

I compensated for a couple of sunset and sunrise photo sessions in Cabo Sardão and Milfontes, two of my favourite spots. With just a small tripod and a set of neutral density filters, the small X100F makes for a perfect light companion to shoot the area. The first session was sunset at Cabo Sardão, a place that I simply love. I go there often during the year, but every time the feeling is different. This time the sea was calm, and there was just a light breeze. So, I simply set up the tripod, placed my 10 stop neutral density filter, and played with exposure times. The X100F’s operational speed is a step above the previous generations, and the little camera just begs to be used. The light of the sunset bathing the cliffs was fantastic. I spend more than 1 hour just experimenting. As I was packing to leave, I noticed a pair of seagulls framed against the colours in the horizon, so I grabbed one last shot.

The next morning, I woke up very early to catch the sunrise on the river Mira estuary, in Milfontes. I parked in the southern margin of the river and walked along the beach looking for interesting compositions. The tide was low, with the gentle waves lapping against the sand. I took a few long exposure photos just to run a few tests. Having just one focal length makes it necessary to try out compositions and work around the subject; a few steps forward or backward can make a big difference. As the sunlight was coming up, the small chapel in the promontory was bathed in golden light, making for a nice subject. Shooting against the rising sun also tested the quality of the lens; I have one shot that I am particularly fond of: a long exposure using the 10 stop ND filter, with the sun rising in the background. In the Spring, the dunes also make for good subjects, with the sand featuring patches of flowers, like the Armeria maritima, also known as sea thrift. At the end of the day, the little X100 series camera just got better, with the latest release, the X100F, being the best one until now. For sure it is a camera that I will keep, for the occasions where I want to travel lighter.

This new post is all about my new photo exhibit that just opened on May 3rd in the Municipal Library José Saramago, in Odemira. As you may recall, I have been working hard on the preparation steps, involving a selection of 15 photos, and engaging with the Library’s staff to ensure everything went smoothly. I can now say that the opening was a relaxed and fun event, and everything went very well. I am grateful for all the help I got from the staff, plus all the family support.

The theme of the exhibit was about “Landscapes with Memories – Odemira”. I have been visiting this region for more than 40 years, so I have plenty of memories (and photos) that I have been collecting and making along this time. Odemira is home of some of the best beaches in Portugal, which are a haven for those that want to enjoy Nature. The interior of the region, with its rolling hills and farms, offers a nice contrast with the seaside. I am now planning for a more thorough exploration of this interior area, so stay tuned!

Below I am showing all the photos that are part of the exhibit, plus a few from the inauguration. I hope you enjoy them. 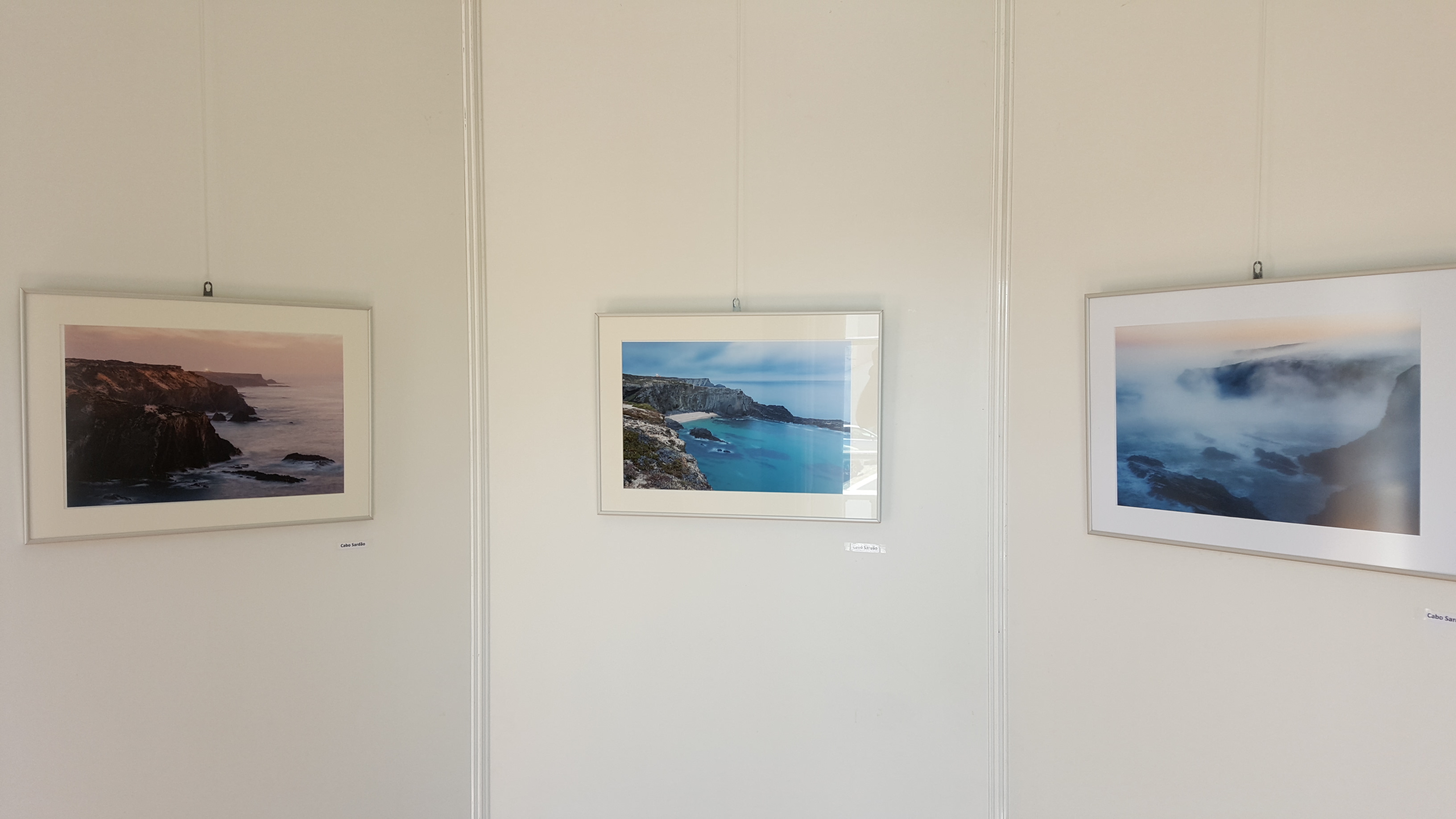 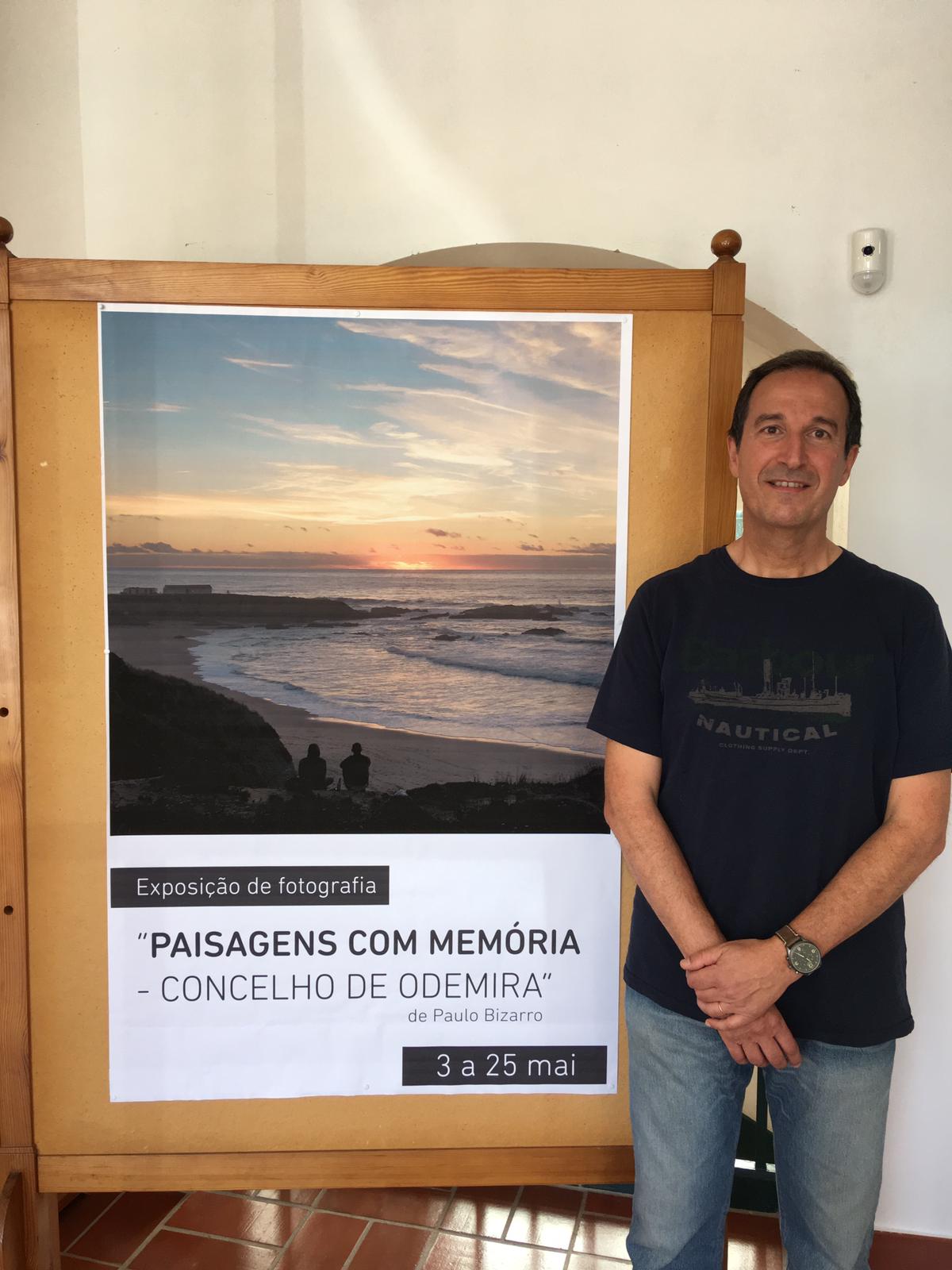 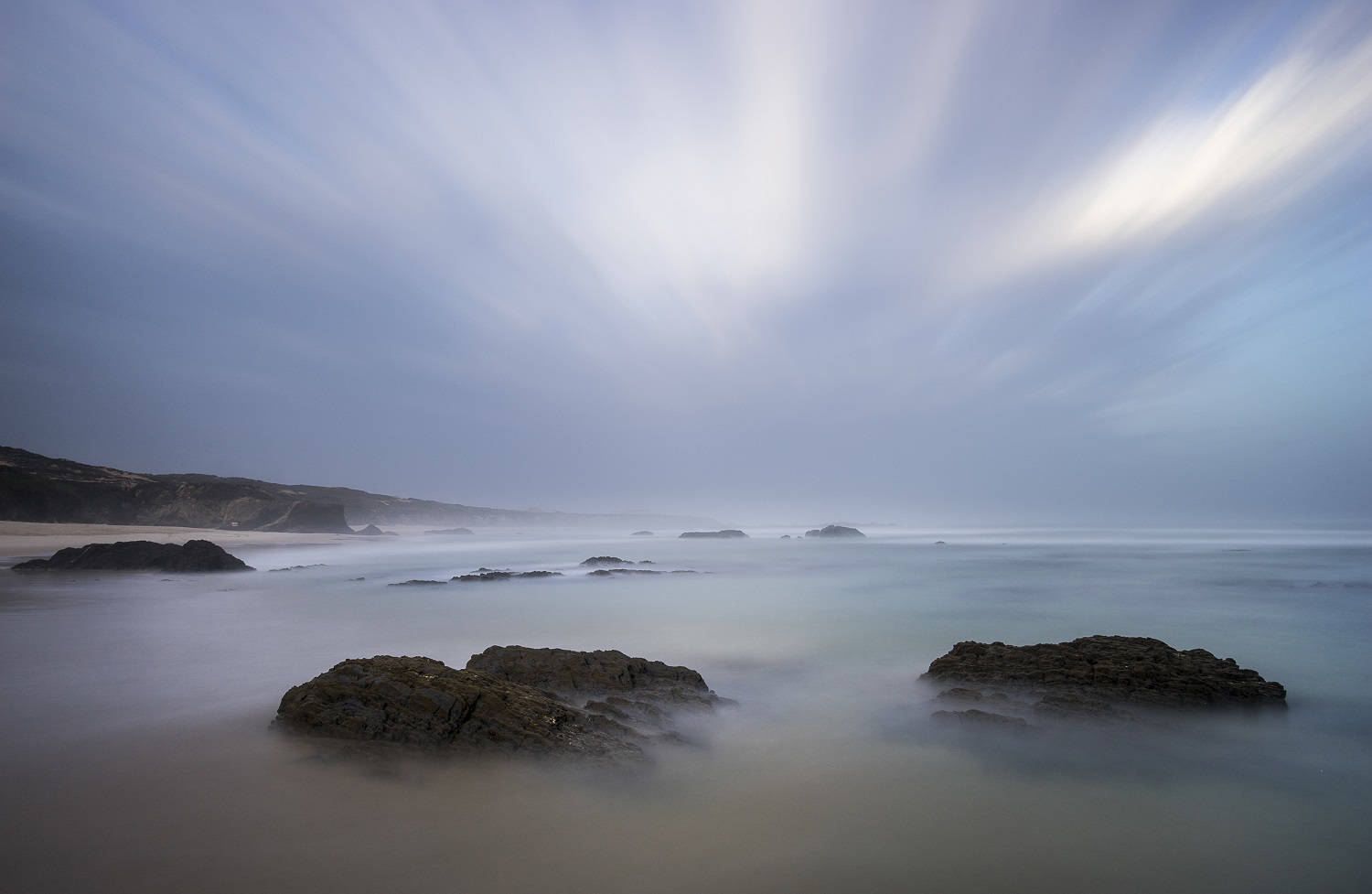 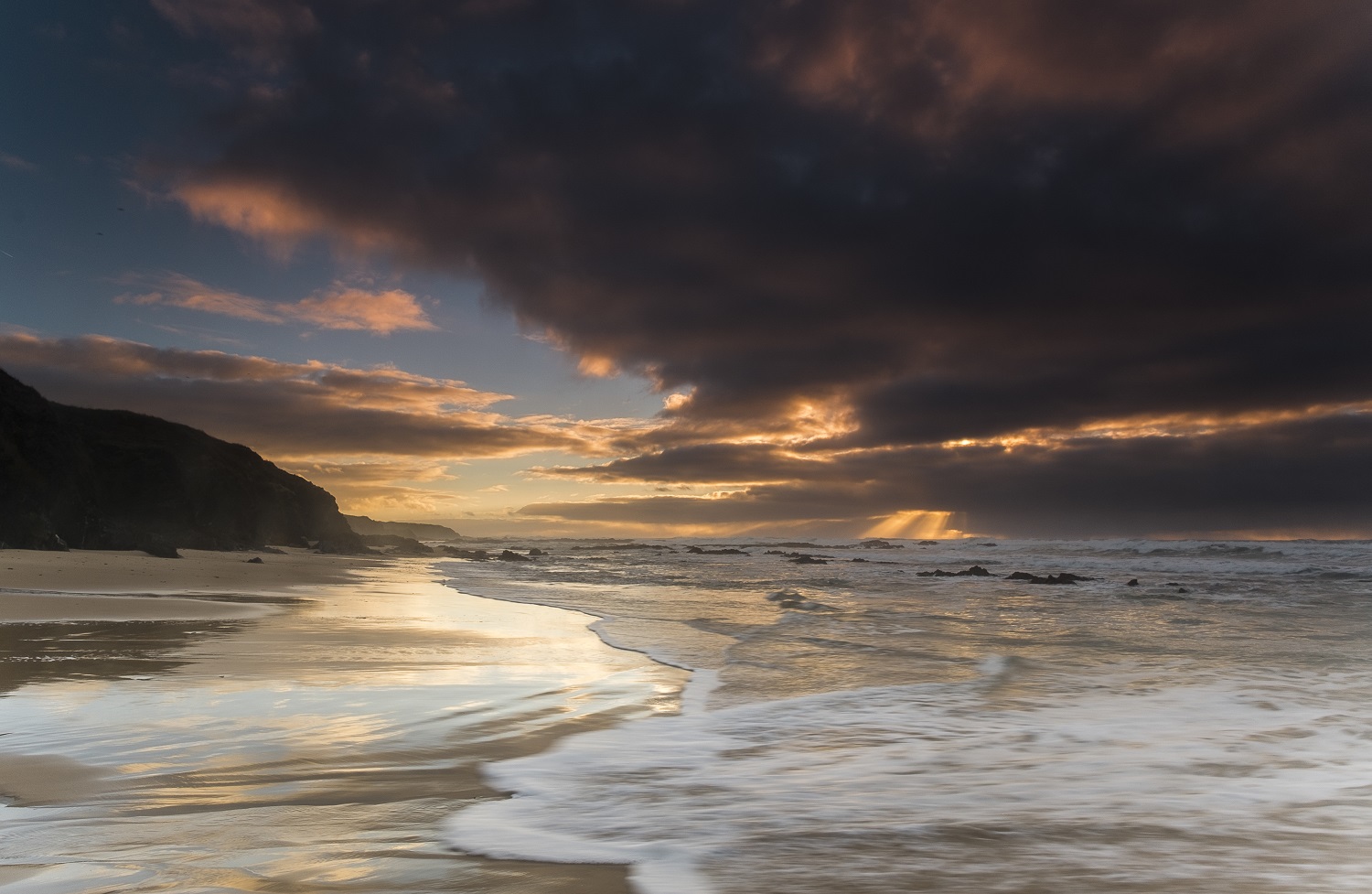 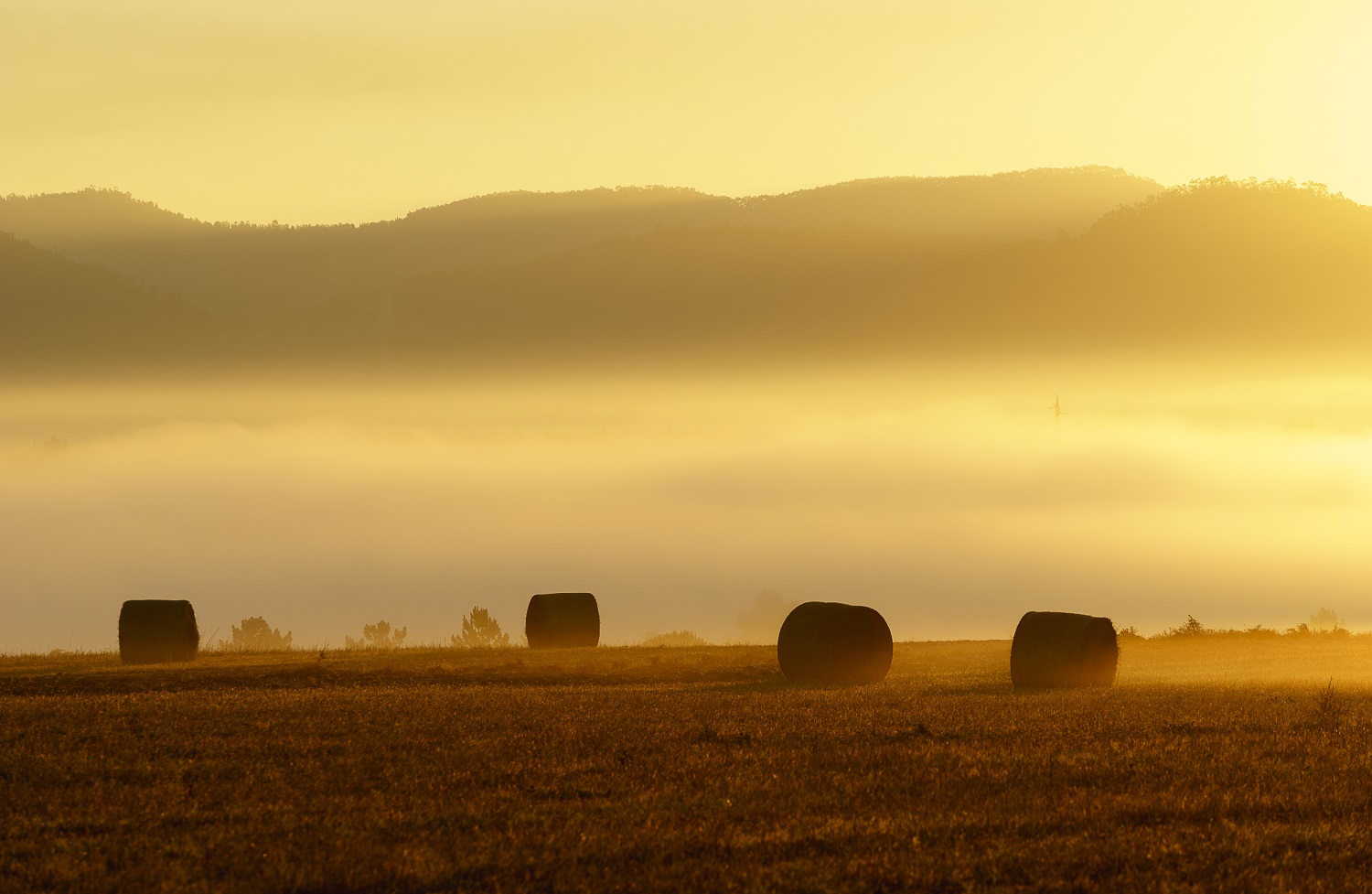 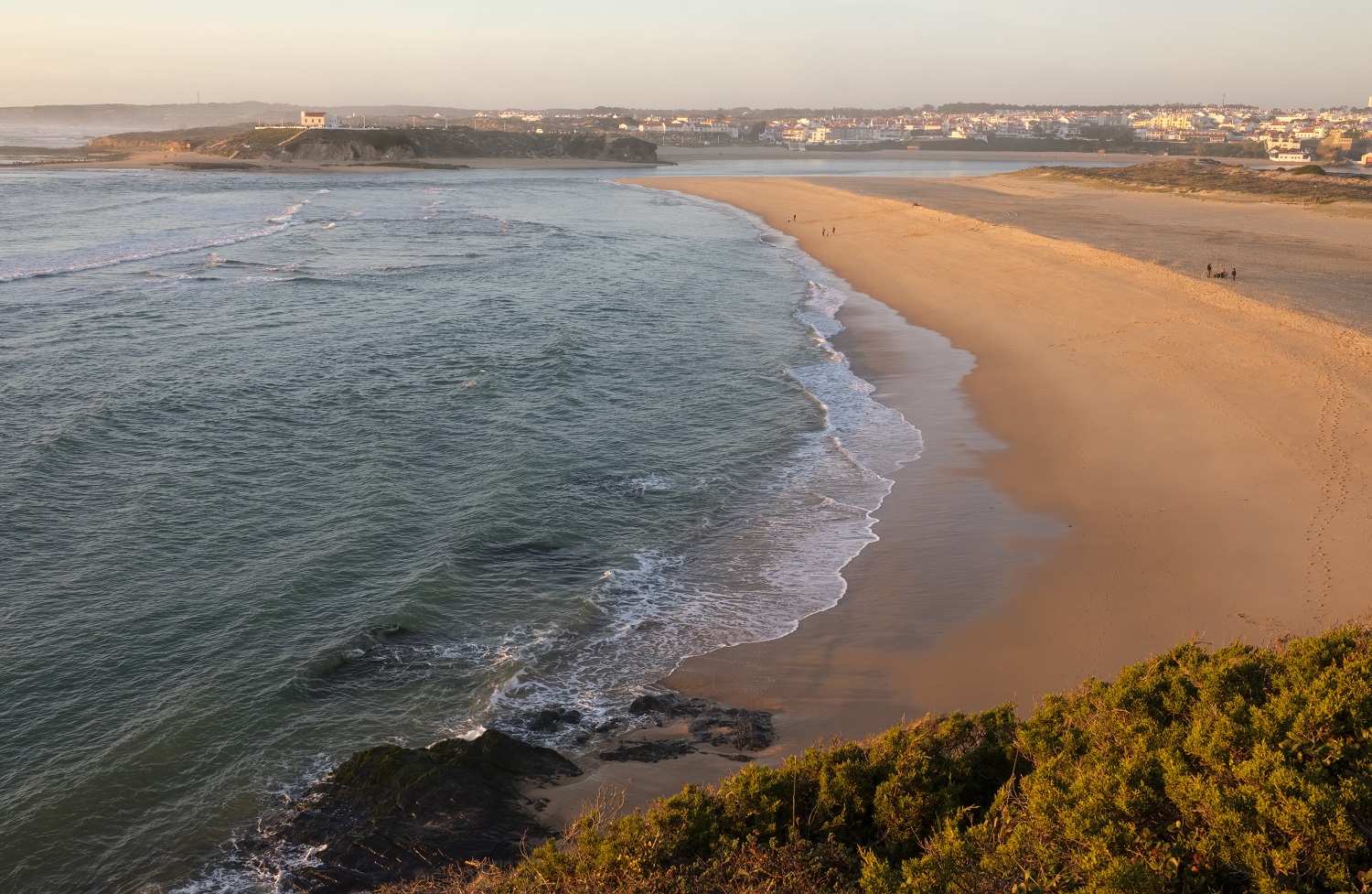 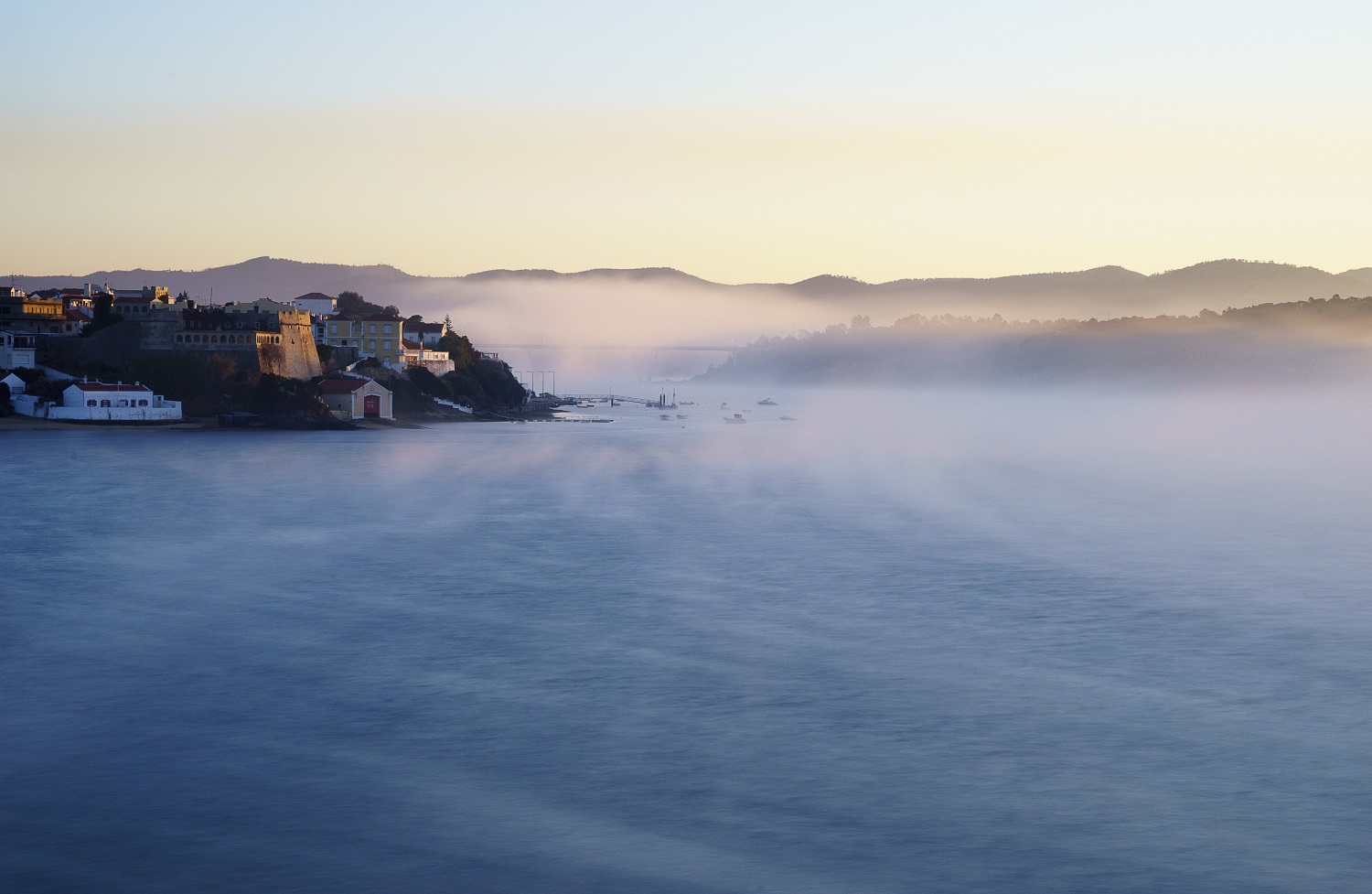 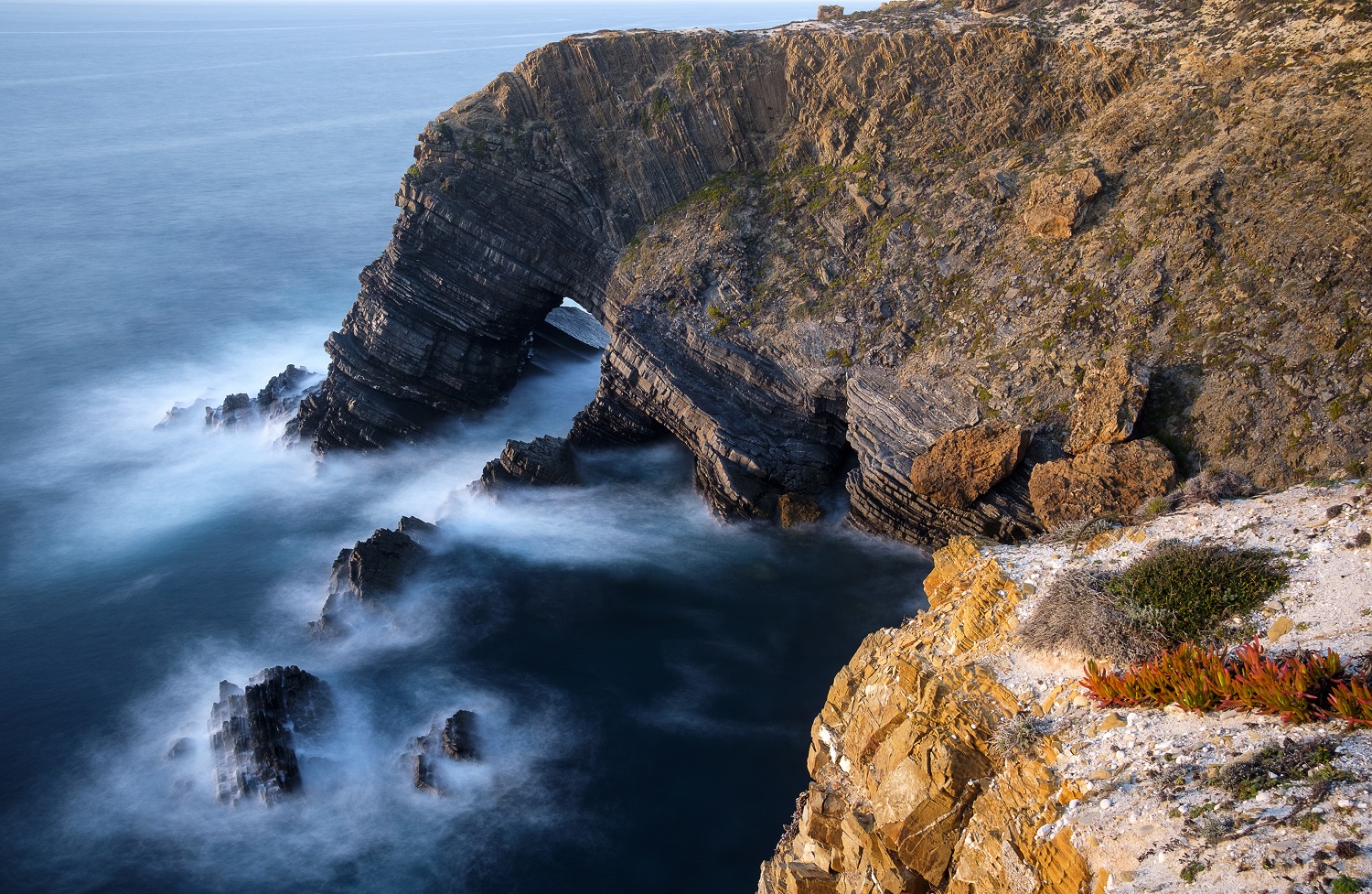 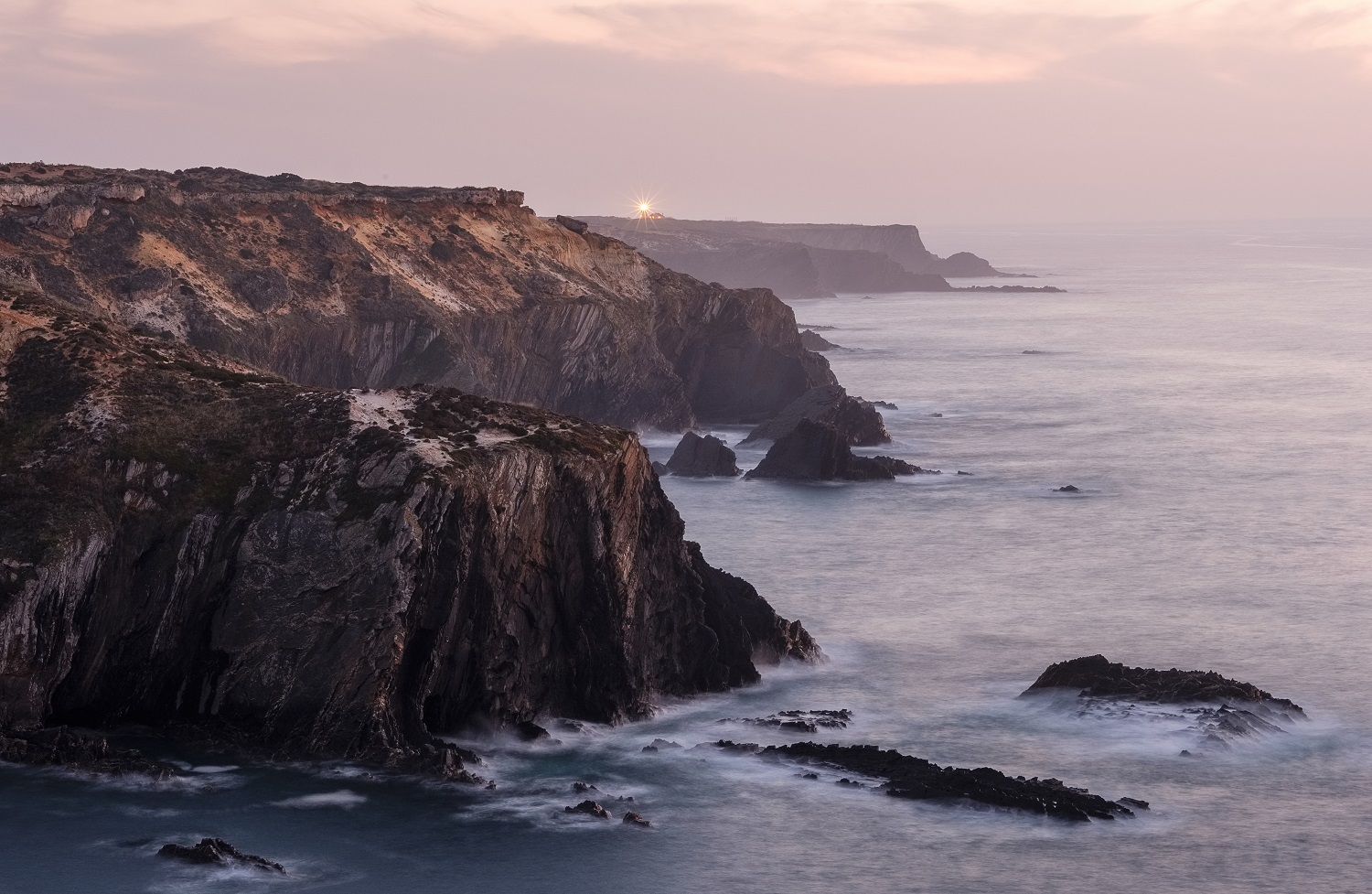 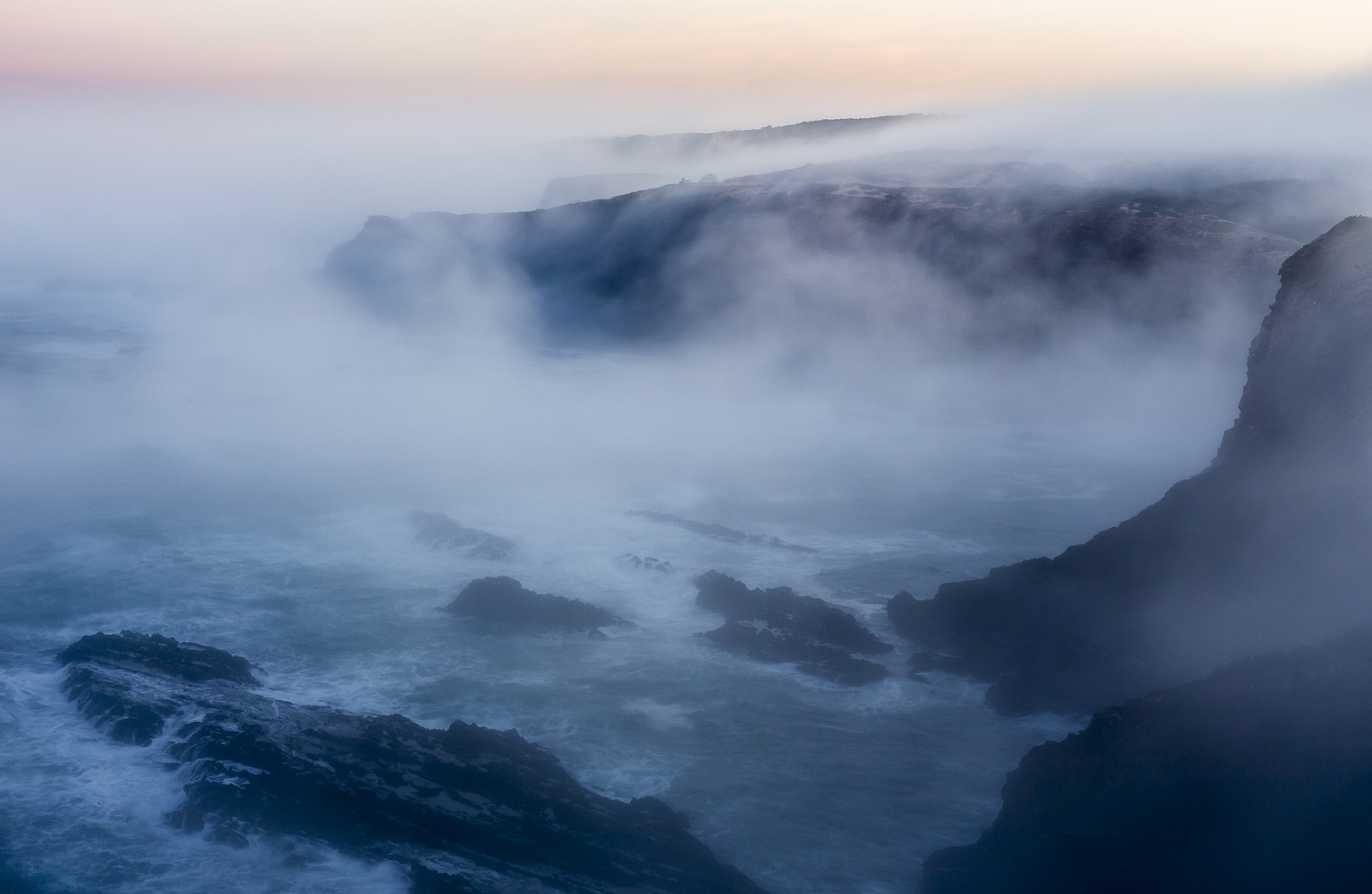 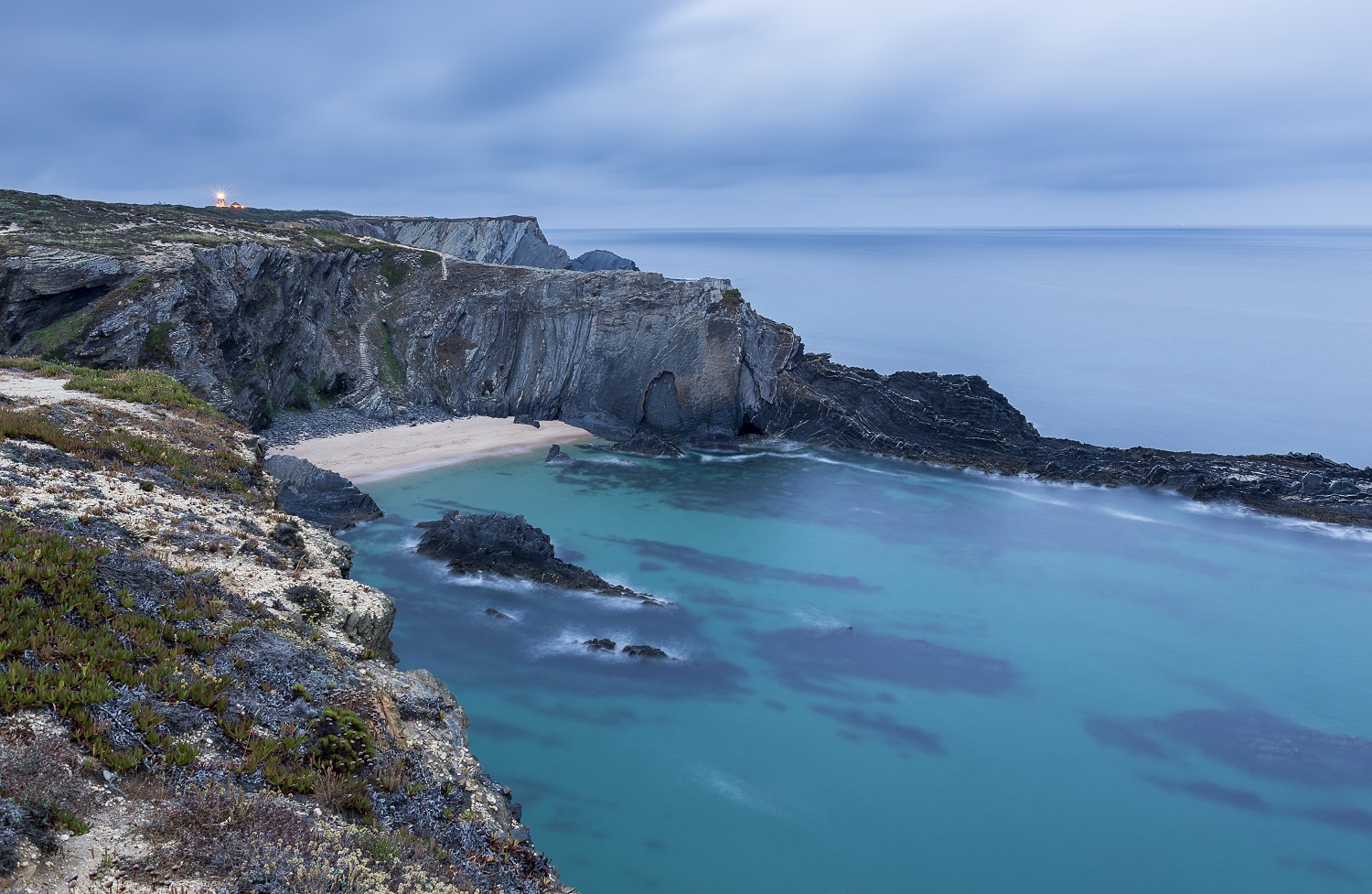 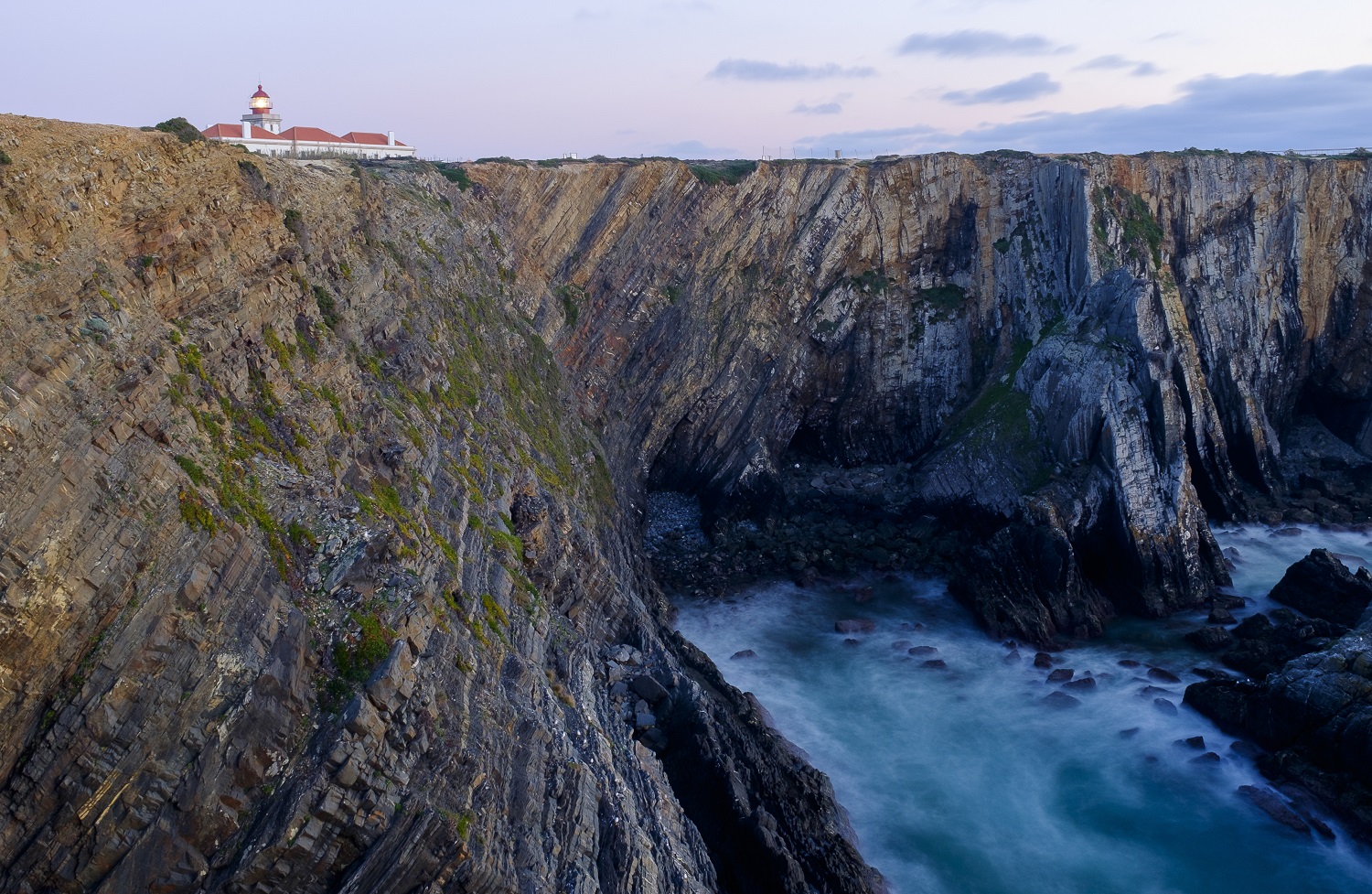 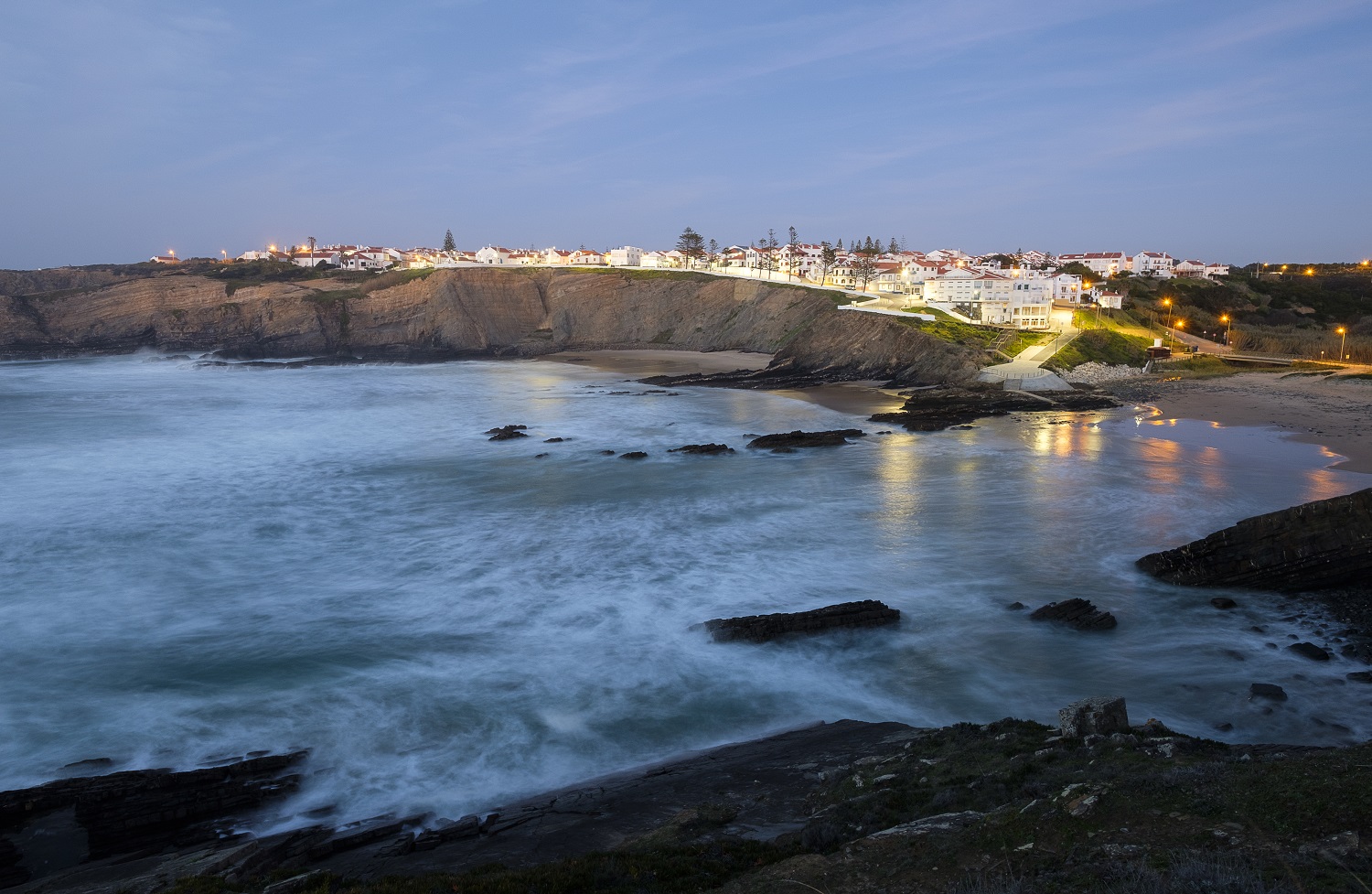 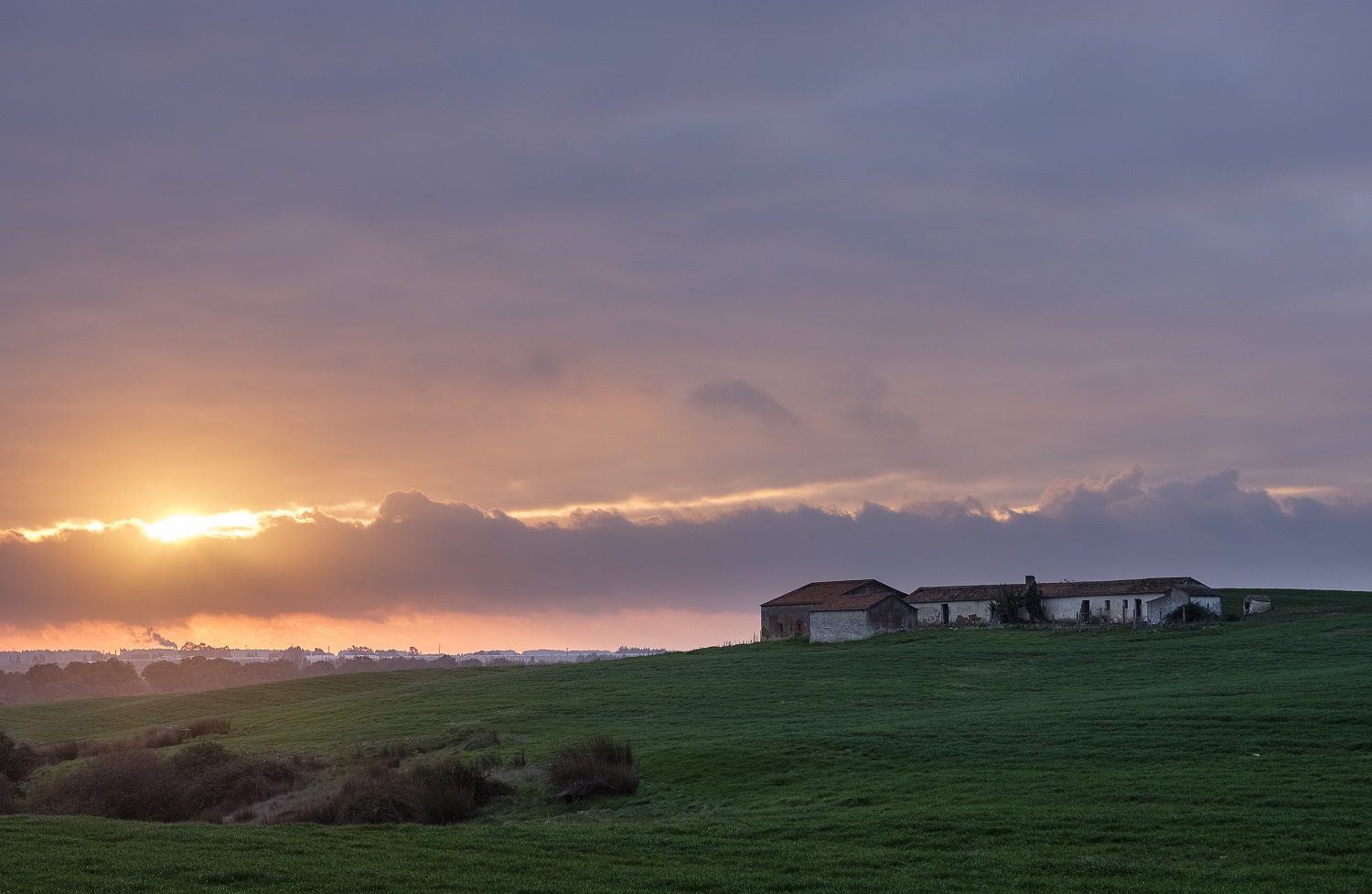 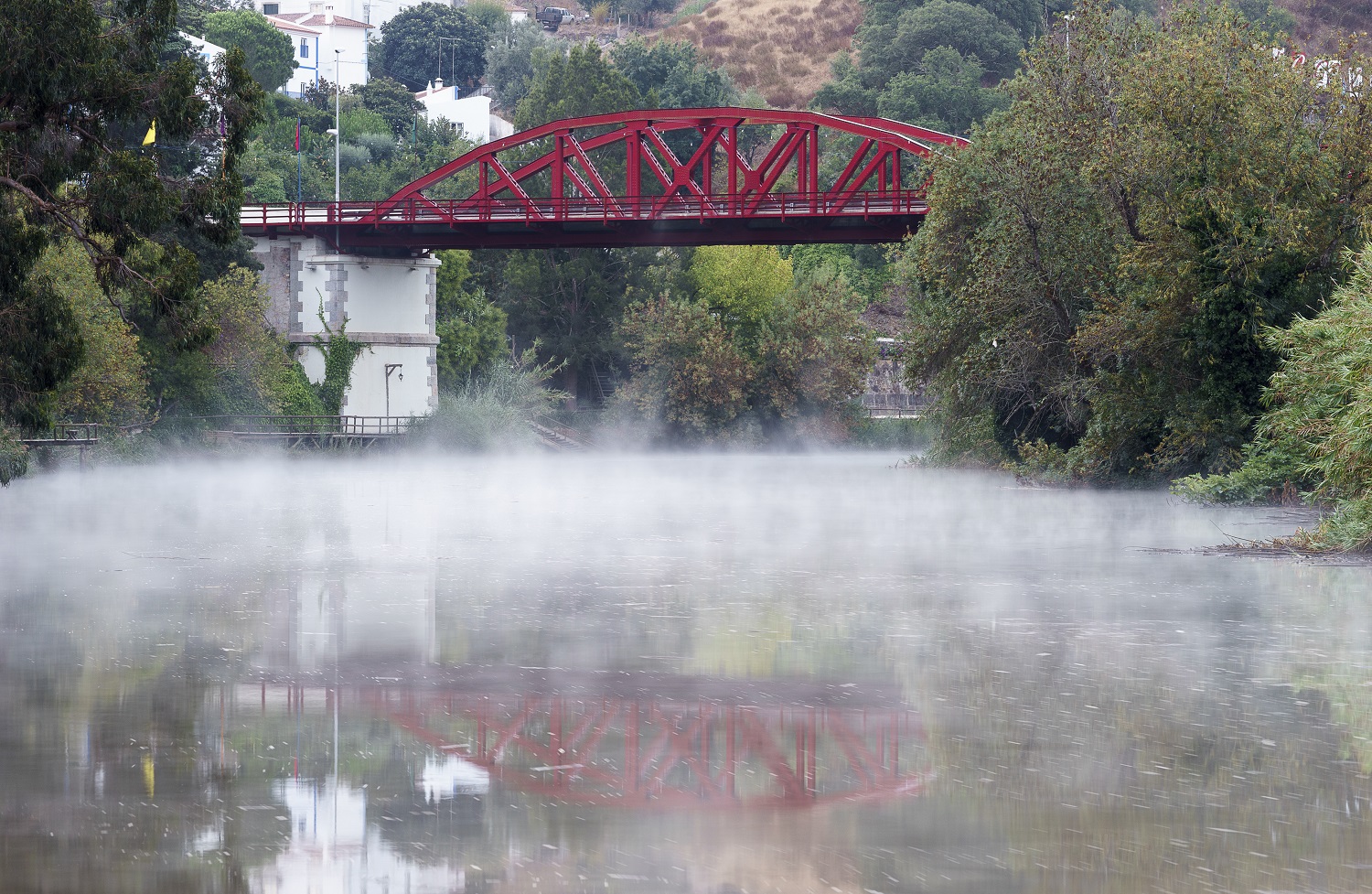