This past August in the Alentejo coast has been characterized by somewhat cool and misty mornings, and breezy afternoons. Not so good for beach goers, but wonderful for photographers. One of the mandatory spots in this region is the Ilha do Pessegueiro, located just slightly south of the well-known village of Porto Covo.

This island is the result of the last post-glaciation sea-level rise, about 18,000 years ago; at the time, a vast sand dune complex was developed. These dunes are now consolidated, of course, and make an important geologic formation in the area. The Romans established a post on the island (for salt trade), and much later on (around the 18th century), the Portuguese built two forts, one on the island, one onshore. These were built to defend the area against the North African pirates.

Trusting in the weather forecast, I planned for a visit in the early morning, to take some photos of the island and beach in the mist. Indeed I was not disappointed, as the fog/mist was abundant, but for short periods it was possible to see the island.

All in all, a very pleasant morning and photographic session. This was also one of my first outings using the Sony FE 70-200 f4 lens, a focal length range that I always found very useful for landscape photography. This lens is, in my opinion, a must have for users of this system. 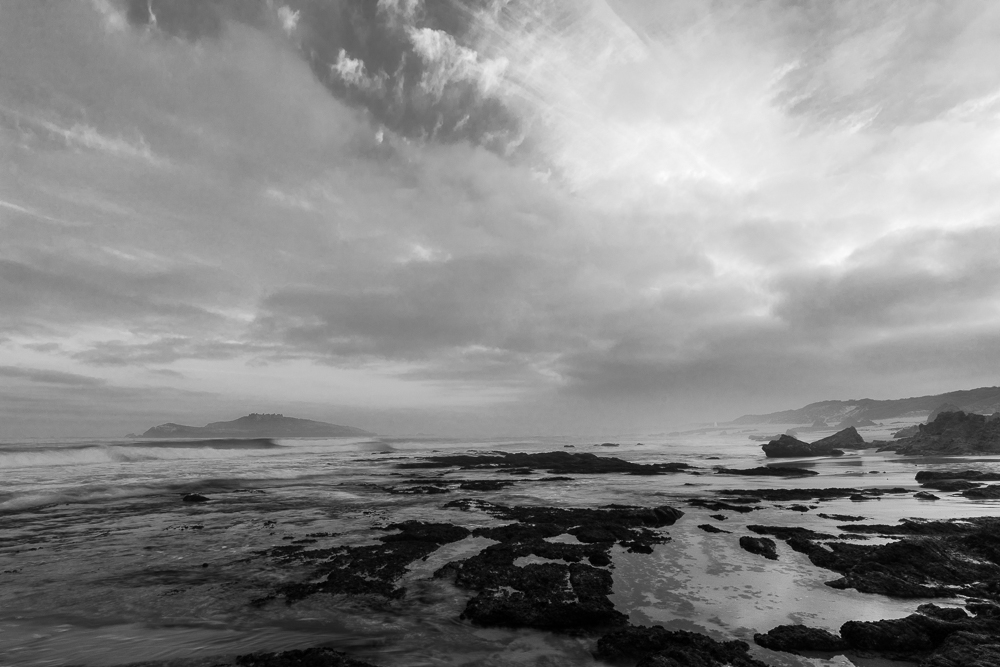 I was born in Lisbon in 1966, and I am a geologist. My main interests as a photographer are Landscapes, Travel, and People. I have been fortunate enough to work in different places and contacted diverse cultures. I am also fortunate to live in a small, but beautiful country, Portugal. View all posts by pbizarro35